Freeze Dried Steak: What to do?

The last post I made a few weeks back compared items processed through the freeze dryer and a conventional dehydrator. Most of the fruits were consumed, they were crunch and sweet! On this post I took out the freeze dried steak and just wanted to see what would happen if.

So first off we slice the steak. It’s quite easy to slice. I was expecting it to be challenging thinking that it might be very brittle. It was brittle, but it seems the muscle fibres are able to hold a structure to keep it from simply crumbling apart. Pulling it apart, though, was quite easy and what you get are tiny tiny fibers of muscle that seem to just flake off, and the larger chunks. 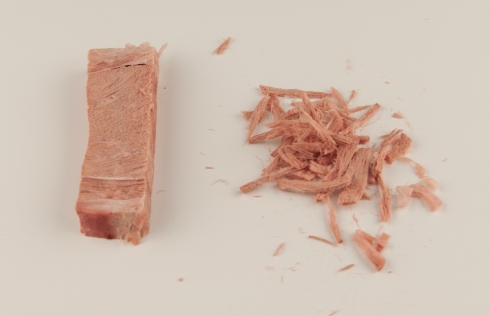 Next up, I sliced the steak into thin strips. The idea of this was to make something that would be similar to bacon. The interesting part is when you fry it, the maillard reaction happens extremely quickly. Within a few seconds the entire piece has browned. Of course, thicker pieces need a few more seconds for the browning to occur deeper in the pieces. The oil is also quickly absorbed by the strips.

Here, you can see a before and after photo of the strips. It still shrinks quite significantly after cooking. The taste was not bad, but not delicious either. I tried frying it in both canola oil and butter. The meat really takes on the flavour of the fat being used. That being said, it still wasn’t really delicious with the butter. Also, if the piece was just a little too thick, the texture was like chewing on woodchips, at least what I imagine chewing on woodchips would be like.

Lastly, I wanted to try reconstituting moisture into the steak. This was not a pretty sight. It just looked unappetizing. Of course, this was expected, but it’s different when you get to see it yourself. It just looks like meat that’s been in and out of the freezer too many times. It was mushy, and when you applied light pressure on it, it would be like a sponge when water comes out to the surface. 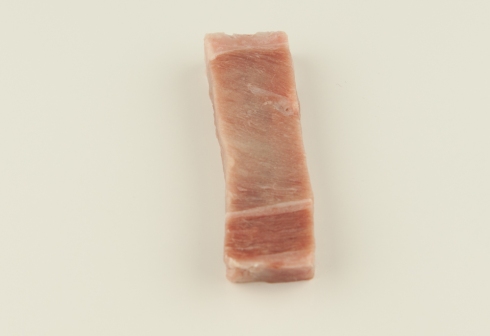 3 responses to “Freeze Dried Steak: What to do?”